HBO released a sneak preview for the seventh season of their hit series Game of Thrones on Friday, announcing they had begun production for the new season (already!!). The trailer is mostly the crew setting up scenery, but there are subtle clues and voice overs for the big fans out there.

The trailer, among almost everything awesome the past few days, was premiered at Comic Con, and rumor has it that the season will only be seven episodes long. Some believe it may even be the penultimate season of the series (*sobbing*).

You can see the trailer here. Hopefully, we get a little more to hang onto until the premiere next year. 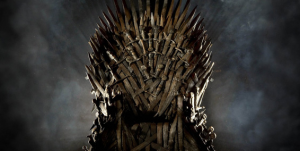