Singer Rihanna will be taking on the iconic role as Marion Crane in the A&E television series final season of Bates Motel. If you’ve never seen the show, it is based on Alfred Hitchcock’s film Psycho with Crane, made famous by Janet Leigh,  is notorious for a certain shower scene. Producers have not confirmed on whether Rihanna will be re-enacting this scene, however, it would be silly for them to pass up the opportunity.

Rihanna has professed her love for the show, and will be entering her first acting role since 2012’s Battleship. “We wanted to thrust the iconic role into a contemporary spotlight and redefine it in a meaningful and exciting new way. We also heard Rihanna was a fan of the show, and we were huge fans of hers, so it was the perfect collision of creativity and fate,” said exec producers Carlton Cuse and Kerry Ehrin after the news was released at Comic Con. 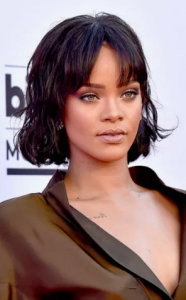