The sixth installment in the series American Horror Story is just a few months away, and we still have no idea the theme for the season. In the past, they’ve focused on haunted houses, asylums, witches, carnivals, and recently, a very creepy hotel. On Wednesday, FX dropped three juicy trailers on Snapchat that are terrifying, but also still confusing us.

There are theories for this season that include an orphanage and Slenderman (do not read the myths – you will not sleep at night), but none of the trailers reaffirmed either of the two. Though there are some clues…

One of the clips shows a farm in the middle of nowhere with smoke rising from a chimney as a chainsaw roars in the background. Another trailer shows a set of some deadly looking tools that are possibly snatched up by a demon baby (still unsure about this). The third shows a girl on the run and a hand reaching out of the ground. Perhaps the theme is a farm, or an ode to classic horror films?

You can check out the trailers here and let us know what you think the theme will be this season! 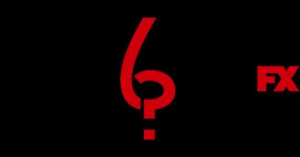