Tyga has a new mixtape coming entitled #BitchImtheShit2 and despite people making fun of the artwork for his latest track, he dropped “Trap Pussy” anyway.

He has continued releasing independent music, which seems to be a fan favorite, with his most recent release earlier this year Rawwest Alive that had singles such as “Dope’d Up,” “Happy Birthday,” and “Baller Alert” featuring Rick Ross and 2 Chainz. He continues to isolate himself from his former record label, YMCMB with songs like “Cash Money.” We are excited to hear new material from him, and see what he will do now that he has more creative freedom.

You can listen to the new track here, and we will keep you updated on any new material from his upcoming project. Enjoy! 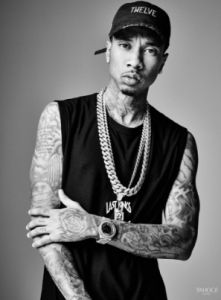