Dave East is probably my favorite rapper at the moment. I’ve always been a fan of him, but it took time for me to really enjoy his masterpiece of a project called ‘Hate Me Now.’ Initially when I heard the project I thought it was of great quality. I listened to a few songs that caught my attention, probably two or three, and I played them out and that was it for me. I liked his stuff and always respected him as a rapper. Then it hit me one day, I don’t know if sometimes we have so much going on in our hectic lives that we almost take certain things for granted. For some reason, I wanted to listen to a Dave East song; ‘I Cant Complaint,’ and that’s when I drifted off onto the other songs I surpassed and essentially slept on.

From that point on his whole project has been on repeat, from the intro to the end. The choice of his production combined with his diverse flow has had me glued to the project. East continues to bring that boom bap feel, with songs such as ‘Call the Coach,’ but he follows that with a hard trap joint like ‘KD.’ Two very different styles but his delivery was impeccable. Both records took time for me to really embrace them, but when I did they’ve been on repeat and are actually my favorite records on the project.

Dave East’s XXL Freshman Pick really allowed him to show off his skills and show the world his talent. New York knows and knew who Dave East is, but the XXL really gave him that exposure he needed. The freestyle with G-Herbo was a good combination where they both complimented each other styles.

Dave East gives that Old feel to hip hop but still does it with that new wave. At this point, the only thing he’s missing is a club record. 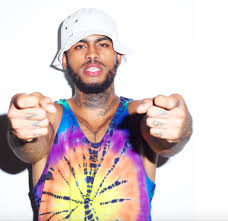