Earlier this week Kanye West made an appearance on Drake’s stage at OVO Fest and announced that they possibly may be working on a collaborative project. If this is the case this will be Kanye’s second collaborative project (as a rapper), the first being Watch The Throne. But what could we possibly expect from Kanye and Drake?

The two creatives have collaborated in the past on pieces like “Best I Ever Had”, where Kanye directed the music video. Also, Mr. West jumped on “Pop Style” and “Forever” and gave Drizzy a feature on his past projects.

My curiosity is racing wondering what Ye’s position in this project will really be. Will he spit bars or does he plan on being more melodic? But what I’m really eager to see is if Kanye will bless the project with his production, something I think Drake will be appreciative of. A soulful Kanye beat with Drake bars over it will be priceless. Especially with 40 on the mix and manipulating the sonics of the project.

Drake is obviously going to do what he does. Melodic hooks and crazy deliveries. I personally think this project might be some of the best work of the year, considering both of these individuals are notorious for having a creative and unique style of work.

This will definitely be one of the most highly anticipated projects of the year! 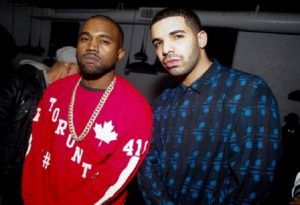