Who is DJ Khaled??? He came onto the scene back in 2006 and he came with the determination to really take over the game. The first time I ever heard about DJ Khaled I knew he was going to be impactful to the Hip-Hop culture, by his charisma and his personality.

The first DJ Khaled record I heard was a “Holla At Me Baby.” It was his first single to hit mainstream that gave him some sort of attention. The record had artists such as Lil Wayne, Fat Joe, Paul Wall, and Rick Ross. The song was a good song to listen to, but definitely not his big break. He followed that record with the release of “We Taking Over” which did amazing numbers. The song featured artists TI, Akon, Fat Joe, Rick Ross, Lil Wayne, and Birdman. The song was a summer smash and can easily be identified as the summer anthem of 2007.

The thing is DJ Khaled had a vision far before who he was, but he was certain of who he wanted to be. His energy is felt and that is why he is great. The foundation to his career is the ability to be able to maintain so many strong relationships. A lot of people criticize his work and question where his talent is since he doesn’t necessarily compose most of his work. But being able to produce a project, oversee it completely and dictating what goes where and who sings/raps what is a huge skill that should be acknowledged.

Khaled has always been a charismatic individual to those who really pay attention. It took for Snapchat to really take him to the next echelon in his career. His obnoxiously motivating rants have always given me life. DJ Khaled’s Snapchat account has led him towards more endorsements, more deals, and more fans. It’s a tool that he now uses to promote his albums, such as “Major Key,” and he does it successfully by creating viral snaps, and posts.

I think that at this point there is no one in entertainment more entertaining than Khaled – He is the biggest mogul of 2016. 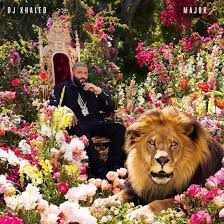