Skip to content
Home » Music » Is New Beyoncé Coming Sooner Than We Think?

Could Beyoncé be releasing new music soon? Boots previewed a snippet of a previously-unheard Beyoncé song on his Instagram story Monday night. The clip is only four seconds long, but definitely has Bey on it.

Some Beyoncé fan groups pointed out that Boots was later seen on Instagram FaceTiming with someone who they think might just be Queen Bey herself. Boots later deleted the clip off his Instagram story (suspicious…) maybe because the song wasn’t supposed to be heard by the public just yet. Beyoncé is super secretive about her music so if he rolled out material that wasn’t supposed to be heard, this would definitely be an issue for her.

It’s worth mentioning that Boots worked on her 2013 self-titled record and also contributed to her most recent, Lemonade.  What is going on with Beyoncé and this mysterious clip? 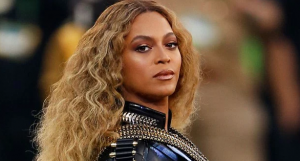