After a few rough days on Instagram, Bieber has decided to leave the platform. As of early Tuesday morning, his account no longer exists. The page that once held his account, now looks like this:

The deletion of his account comes after a rough period on social media for the singer. Over the weekend, he had threatened to make his account private after several fans left angry comments on pictures with his rumored girlfriend, Sofia Richie. This led to singer and Bieber’s former girlfriend, Selena Gomez, leaving comments telling his fans not to be upset, and then later making accusations that he cheated on her when they were dating.

Selena sent out an apology on Snapchat. “What I said was selfish and pointless,” she wrote.

We’ll see if he makes a return to the platform …. 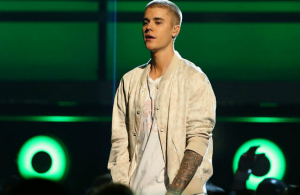