Kanye West’s Yeezy Season 4 is definitely happening, as confirmed by his team. He will show off the new collection September 7th, the first day of the upcoming New York Fashion Week.

We thought his The Life of Pablo tour dates aligned a little too closely with New York Fashion Week, and now we know why. Though his approach is unconventional, it is no surprise that he is launching a new collection. He signed a deal with adidas earlier this year, and has continued launching clothing with the sportswear company.  It’s not clear if Season 4 will be launched by adidas despite the deal, though.

Earlier this year, West tweeted that Yeezy Season 4 would be exclusively children’s clothing, and it’ll be interesting to see if he sticks to that.

Details for the event will be shared later, but we know it is definitely taking place on the 7th during the day. Last year, he previewed season 3 at Madison Square Garden and we are hoping this year exceeds our expectations. 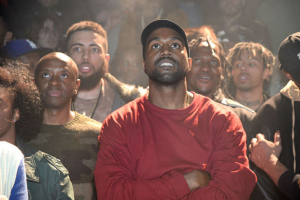