This is not a drill. After an inactive livestream on his site, Frank Ocean released some visual content with what sounds like new songs in the background. He released this without warning on Thursday night, and later announced that we were watching a “film by Frank Ocean” called Endless, which is available on Apple Music.

A New York Times reporter confirmed the release, and also shared that we should be on the look out for more from Ocean this weekend.

Fans were disappointed August 1st and a few days later, as both were expected release dates yet nothing appeared on his site. In the mean time of this agonizing wait, his debut album Channel Orange climbed back up charts, placing on the Billboard 200 for the first time in years. Hopefully we get Boys Don’t Cry this weekend, but at this point, we can’t be sure when it comes to Ocean. 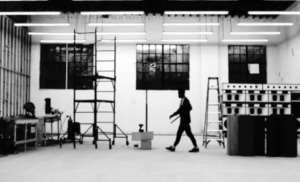