Frank Ocean is full of surprises these past couple of days. Shortly after dropping his album Blonde, he announced the launch of several Boys Don’t Cry pop up shops in major cities. According to his blog, there were shops in Los Angeles, New York, London, and Chicago. There were rumors about his long-awaited zine being available for free, and they are now going for a hefty price on auction sites (try anywhere between $250 and $1000).

This isn’t uncommon in the zine-scene, as Kanye West’s zine “Seasons” with adidas were given away for free in 2015 and eventually showed up on eBay for $800. The rarity of Ocean’s projects have contributed to higher costs.

If you’re a big Frank Ocean fan that wasn’t able to make it to one of his pop up shops, your time to grab these babies on eBay is now. If you were able to grab it, you may want to consider selling them and making a few hundred bucks. 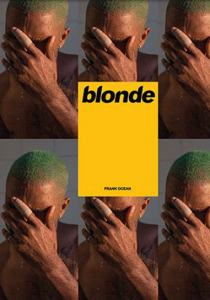