After years of waiting and many delays, Frank Ocean‘s album is finally here. Blonde, formally known as Boys Don’t Cry, is the first album Ocean has released since his project Channel Orange back in 2012. The album was expected in July, then early August, with the rapper really pushing his fans’ patience. After looking at the track list and extensive number of contributors, it’s no wonder it took so long to finally arrive. On the album he has contributors like André 3000, Beyoncé, James Blake, Jamie xx, Jazmine Sullivan, David Bowie, and many more.

The tracklist for the online verison of Blonde is as follows:

According to The Fader, the physical track list is a little different, with some tracks omitted and a different order.

I HAD THE TIME OF MY LIFE MAKING ALL OF THIS. THANK YOU ALL. ESPECIALLY THOSE OF YOU WHO NEVER LET ME FORGET I HAD TO FINISH. WHICH IS BASICALLY EVERY ONE OF YA’LL. HAHA. LOVE YOU.

Thankfully, after many delays, Ocean finally released his album and luckily it was this year considering just how many supposed release dates came and went. It’s hard to believe the project is actually, finally here and in our headphones / speakers. You can stream it, or download it on iTunes, and Beats 1 is streaming it for free here. 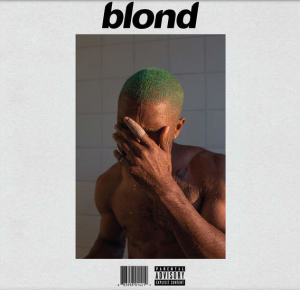