Frank Ocean didn’t just release an album, he also released a visual album called Endless. For a whole 48 hours, my entire Facebook feed was nothing but Ocean. Ocean’s visual album was an Apple Music exclusive that was launched just before his 17 track album. It was discovered that Blonde was released on Ocean’s label, Boys Don’t Cry, rather than his longtime label Def Jam. Fast forward and Endless is not available on Apple Music as a track by track album, not even on Frank’s site – yet both have Blonde with this option.

According to Forbes, the album was not associated with the artist’s former record label or its parent label (UMG). That raises some eyebrows: did Ocean release Endless to get out of his record deal?

Sources at Complex believe the answer to that is a no, because of the terms of record label contracts. They typically have some sort of optional period after any initial album requirements are met. These agreements are also time sensitive, and it’s unlikely that he got out of a record contract just hours after launching Endless. There’s also the fact that the album has been years in the making.

This is all coming on the heels of UMG reporting that there will be a ban on streaming service exclusives. What do you guys think? 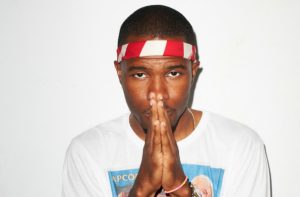