It doesn’t matter if it’s the Super Bowl, or the MTV Video Music Awards, where her performance was just recently announced, Bey always saves the day. It’s guaranteed that as long as Beyoncé is present, she is bound to steal the show.

That’s exactly what happened when she played a medley of her songs from her latest album Lemonade. She was introduced by her friend, and fellow dance partner in “Sorry,” Serena Williams and surrounded by an army of women. Her performance was both stunning and theatrical, with both her powerful voice and electric moves in combination with references to girl power. That’s how a VMA performance is supposed to be (*side eye at certain performers here*). While Rihanna was on fire last night, the night belonged to Queen Bey. 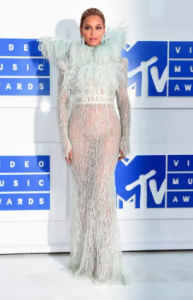