Amidst a ton of speculation, the second season for Netflix series Stranger Things has been confirmed. Officially!

Netflix posted a video on Twitter this morning, teasing the upcoming nine episode sequel to season one. The video included some random names like “The Storm,” “The Pollywog,” “The Secret Cabin,” and “The Lost Brother” which are reportedly episode titles, and the theme song playing in the background.

The new season will be set in the year 1984. which is about a year from where we last left off. Because the video is super vague, there’s a ton of information the creators of the show have yet to share with us . Hopefully, there will be more updates in the future as the season premiere gets closer.

We know that justice for Barb is coming soon, though her character won’t be making a re-appearance. We have tons of questions, but we have a year to create crazy theories until 2017.

You can see the video/season two preview here. 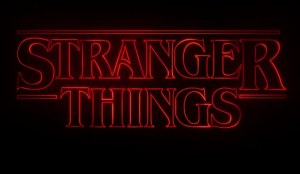