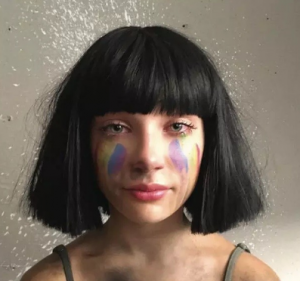 A ton of albums have come out lately, so it can be easy to forget that Sia dropped her album This Is Acting earlier this year in January. Overnight, she released a brand new single with Kendrick Lamar called “The Greatest.” Once again, Maddie Ziegler brings their vision to life in a new music video directed by both Sia and Daniel Askill.

As usual, Ziegler rocks an earth toned leotard and “Sia style” wig but instead of blonde, this time her hair is black. Her face is also covered in paint marking that look like they’re supposed to be reminiscent of tears. In the video, she serves as the leader of a group of children squatting in an abandoned apartment complex.

Lamar drops some words of wisdom, rapping, “I transform with pressure, I’m hands-on with effort/ I fell twice before, my bounce back was special/ Letdowns will get you and the critics will test you/ But the strongest survive another scar may bless you.”