Lady Gaga is reportedly in talks to play the Super Bowl 51 halftime show in Houston,TX in February 2017. According to Billboard, she could have the biggest stage of the year because the NFL was impressed with her performance of the Star Spangled Banner at the Super Bowl in 2016.

This year has been huge with Gaga, as she won a Golden Globe and was nominated for an Oscar for Best Original Song, “‘Til It Happens To You.” She is currently gearing up for the release of her upcoming album, and just recently released the first single off of it, “Perfect Illusion.”

An NFL rep told Billboard, “We have had conversations with several fantastic artists about the Pepsi Super Bowl Halftime Show. However, at this point we do not have a final decision. We’re happy there is so much excitement about the show.”

Adele declined on the NFL’s offer to perform just recently. She said, “They were very kind, they did ask me, but I said no.” The NFL and Pepsi, the halftime sponsor, said there was no formal offer. “The NFL and Pepsi are big fans of Adele. We have had conversations with several artists about the Pepsi Super Bowl Halftime Show. However, we have not at this point extended a formal offer to Adele or anyone else. We are focused on putting together a fantastic show for Houston and we look forward to revealing that in good time.” 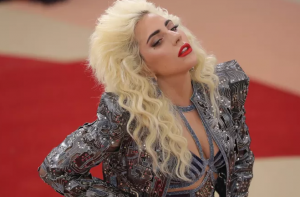