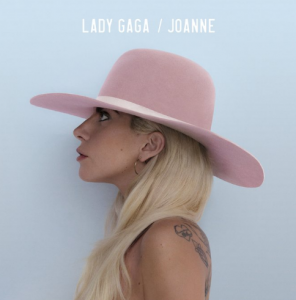 Lady Gaga dropped her new single “Perfect Illusion” last week, and this week she gave us something even bigger: a reveal on her new album name and release date. The singer’s fifth album will be called Joanne and it drops October 21st. During an interview with Beats 1 Radio DJ Zane Lowe she said the album “is actually going to be done in the next 48 hours.” Her producer, Mark Ronson, were still working on the final track. Prior to this announcement, she revealed the album will feature collaborations with Florence Welch and Father John Misty, among others.

As for the album’s name, it’s pretty personal: Lady Gaga’s full name is Stefani Joanne Angelina Germanotta. Joanne is also Gaga’s father’s late sister’s name; her father’s Upper West Side Italian restaurant is named Joanne. You can check out the album cover above.