While Suicide Squad was an underwhelming flop, there was one silver lining to the film: Margot Robbie’s femme fatale Harley Quinn. She made the film at least watchable, and totally killed it. With that said, it’s no surprise the Australian actress is working on a standalone Harley Quinn movie she’ll star in and produce.

Movieweb has reported that while the details are not confirmed, there is a possibility that the film will feature a medley of DC’s most popular female heroes, including Bat Girl. The project is still in its early stages of development, but Warner Bros is doing everything they can to expedite it.

In addition to producing a standalone Harley film, Robbie will also be producing an adaptation of Dean N. Jensen’s novel Queen of the Air, a true story based on the legendary trapeze artists Lillian Leitzel and Alfredo Codona. It’s an exciting time to be Margot Robbie, basically. 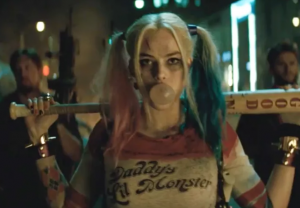