Jared Leto, the actor behind the Joker, will soon have another big role under his belt: Andy Warhol. The Hollywood Reporter disclosed that he is set to portray the artist in a biopic titled Warhol which he will co-produce with Michael De Luca and Terence Winter. The screenplay will also be written by Winter (who also wrote Wolf on Wall Street) and he will be using the Victor Bockris 1989 book, Warhol: The Biography, as a jumping-off point according to THR reports.

There have been many actors who have portrayed the iconic artist, including Crispin Glover in The Doors, Guy Pearce in Factory Girl, Jared Harris in I Shot Andy Warhol, and, of course, David Bowie in Basquiat. The fact that Jared Leto is joining this league is not surprising, as he is not afraid of playing cultural roles. It’s safe to say Leto won’t be getting just 15 minutes of fame. 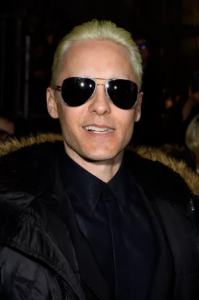