According to some recent posts by Rebel Rock producer Jim Jonsin, A$AP Rocky is already working hard on his new album. The producer shared some photos of himself working alongside Rocky at the mic, with the caption, “LA recording sessions with the ever talented @asaprocky @finatik @isaacdeboni @michaelburman.” Then he added another post with an unexpected appearance from Lenny Kratvitz with the caption, “”@asaprocky album #3 Thankful for the great @lennykravitzstopping by… Stay Tuned.”

It’s obvious they’re all working on something together and the next album from Rocky will be his third, so new music is definitely on the way. We are expecting something big in terms of output, considering what he has released in the past. It’s already been over a year since his last album, At. Long. Last A$AP. 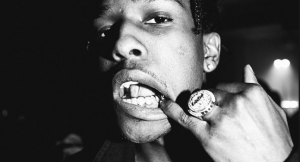