While Twitter has lots of necessary updates (like an ‘edit’ feature, or a higher character limit), they are reportedly in talks with Google and others about a possible takeover.

Several sources told CNBC that Twitter has received “expressions of interest” from multiple technology companies with a formal bid arriving likely by the end of the year. Sources claimed Google and Salesforce are among the potential suitors. Following these reports of a possible sale, Twitter’s share rose a whopping 21% early Friday morning.

Another source spoke with The Hollywood Reporter and claims that Verizon is also among those interested. It’s worth noting the company dropped $4.8 billion to buy Yahoo recently.

According to Jack Dorsey, CEO of Twitter, the platform has several changes rolling through. “Twitter can be distilled down to that simplicity of, ‘Here’s what’s going to happen in the world. Here’s what’s happening right now,'” Dorsey said. “And the more we can identify those unique voices in real time and connect people, the more potential we have to show something really interesting that will unfold.” 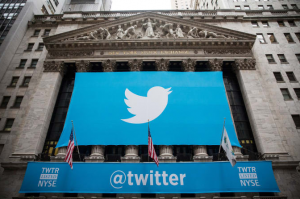