Newly added Saturday Night Live cast member Melissa Villaseñor is the first Latina ‘SNL’ cast member, and the announcement of her addition had most of us pretty excited. After all, ‘SNL’ did need to replace Taran Killam and Jay Pharoah. Buzzfeed is reporting that Villaseñor appears to have started a mass purge of her tweets, notably the offensive ones. 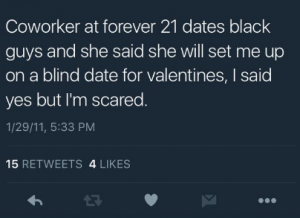 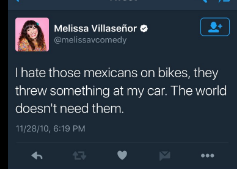 “I hate those mexicans on bikes,” one says. “[T]hey threw something at my car. The world doesn’t need them.”

While bringing on a Latina cast member was a PR win for ‘SNL’, it can’t be said what these comments will do. Hopefully we hear something by October 1st when it returns.