Modern Family is widely watched, and has won multiple Emmy Awards for a reason. The show is joining the leagues of others like Orange is the New Black in casting transgender talent to the forefront by casting television’s first transgender child actor.

Variety reported that 8-year-old Jackson Millarker is going to be featured on the show as Lily’s friend Tom. Tom is over for a bit of a play-date with Lily when Lily’s parents, Mitch and Cam, think they overhear Lily insulting their guest. They go from feeling proud of their daughter, to very obviously disappointed and needing to give her a bit of a talk. The season eight episode will reportedly be entitled “A Stereotypical Day.”

The episode is set to air Wednesday at 9pm. 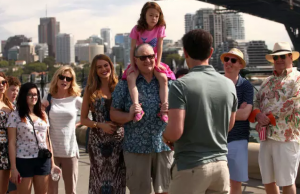