Adam Driver has branched out a lot since is role in Girls, with his major role in Star Wars: The Force Awakens and now another film: Paterson. The film is written and directed by Jim Jarmusch and features Driver plays a bus driver with a thing for poetry. His character, named Paterson, lives a quiet life in … Paterson, New Jersey, where he lives with his girlfriend played by Golshifteh Farahani. His girlfriend is an aspiring singer who encourages him to explore creative outlets and forces him to question his lifestyle.

For a look at the upcoming film, check out the trailer here. Paterson is set to hit theaters on December 28th. 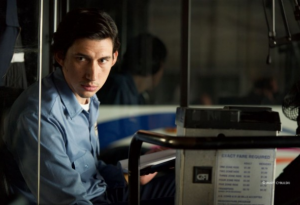