Steve Harvey has come under hot fire by not only the Asian Community but by Activists who deemed his remarks last Friday as tasteless, offensive and also racist. For those who aren’t up-to-date. Steve Harvey made some cringe-worthy remarks in regards to Asian Men and their “desirability” among other races of women. The set which seemed to be done overtly all in humor but came out in a degrading manner. 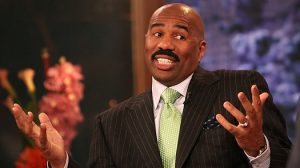 He has since apologized but that hasn’t stopped the internet from having a field day with the daytime host-especially on Twitter. They have called him names such like “Mr. Potato Head”.

Related articles across the web