There is no question that Biggie Smalls was one of the most influential and prolific artists in hip hop. His word-play and storytelling capabilities has been unmatched ‘til today. He left a major impact on the industry that even after 20 years after his death we continuously refer to him as one of the greatest to do it.

Born in Brooklyn, New York in the peak era of hip hop for east coast rap, Biggie took the world by storm. His charismatic and energetic flow was like none other at the time. After being signed to Bad Boy he became the Golden Goose for then Puff Daddy and his newly minted label. Although he only put out a handful of albums, that was enough to cement his place in hip hop history. At the peak of his career, he was gunned down while leaving a Vibe Industry event in Los Angeles. His murder is still a mystery. The Notorious B.I.G death did not come in vain though. A wave of talented New York City artists such as Jay Z, Big Pun and DMX to name a few were eager to bear the crown and this led to an almost renaissance within competition after his death. 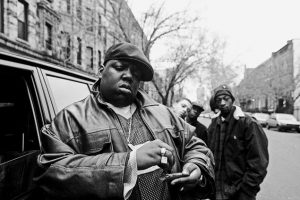 Diddy himself is now currently working on a documentary that will be played at the Tribeca Film Festival. We will always continue to remember Biggie and celebrate his life after his death and pay homage to one of the greatest to ever do it.