It is that time of the year again where the Billboard Music Awards nominees are announced. Once again hip-hop has dominated the Billboard charts and various hip hop artists have been nominated. Drake leads the nominations with 17. Future is nominated alongside Drake for top male artist. The rapper Desiigner has been nominated for best new artist. Among other categories, J.Cole, Migos, Rae Sremmurd, Kevin Gates each are nominated for Best Rap Album and Single respectively. The Billboard Music Awards will be televised live on Sunday May 21, on ABC. Stay tuned. 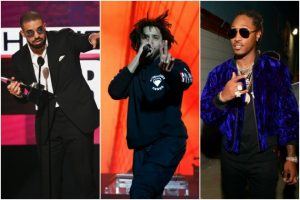