Kendrick Lamar’s new single Humble is making strides on the Billboard charts. The Compton-bred MC single has entered number 1 on the Hot R&B/Hip-Hop Songs Billboard chart. Another Billboard feat with this single includes debuting number 2 on the Billboard Hot 100. This is an incredible feat considering this being last done in 2010 with Eminem song entry. The visual for “Humble” was released March 31st and probably was the reason why the song has done so well on the charts. Kendrick Lamar is definitely one of the rap superstars of our generation. His album titled “Damn” is set to be released this Friday, April 14. Will you support this artist and purchase the album? 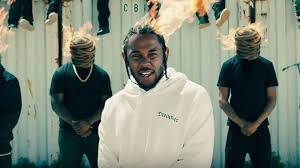