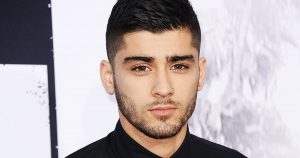 Zayn Malik showcases the ultimate artsy visual for his new single “Still Got Time” featuring Party Next Door. The music video for this single is a house party. It is said that the video directed by Calmatic was filmed in Malik’s London house. The video is just a crazy house party at the singer’s house. The party is like any typical house party. The video is released a day after 4/20 but gives the stoner vibe. Check out the video for yourself.