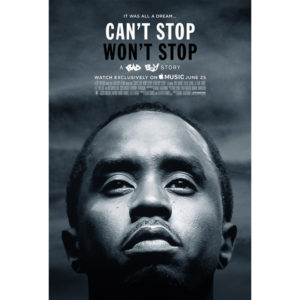 It has been over 20 years since the emergence of Bad Boy Records. Diddy will leave a legacy for such a music empire. Today on Instagram Sean “Diddy” Combs the release of the film “Can’t Stop, Won’t Stop”. The film is now being shown at the Tribeca Film Festival for four nights. On June 25 the film will be shown exclusively on Apple Music. Stayed turned. Who will be watching?